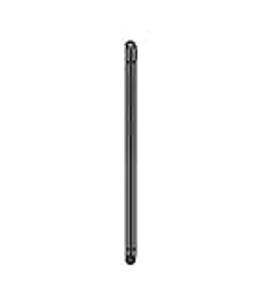 HTC One A9 Price in India

Write a review
Snapdeal
1-5 working days Payment Rupay, Visa, Maestro, NetBanking, COD, MasterCard, Amex, EMI Store info and policies▶
Out of stock
₹ 26002
depending on the item you purchased
< Previous / Next >
Back to list
< Previous / Next >

Review for HTC One A9

If you are familiar with the design of the latest iPhone 6S or iPhone 6, you already know how the HTC One A9 looks like. The back part looks

completely similar to the iPhone 6 while the home button will remind you of the Samsung Galaxy S6. It will be running Android 6.0 Marshmallow right out of the box with a touch of HTC Sense. The 5.0-inch screen features 1920 x 1080 pixels resolution and is protected by Corning Gorilla Glass 4. If you are planning to wait for the HTC One A9 release date India, there are four different colors to look for: gray, garnet, silver and gold.

While the camera is not the best available at the moment, it’s definitely better than what you saw in the previous HTC smartphones. The 13-megapixel rear camera comes with a new sensor and optical image stabilization. The front camera is a 4-Ultrapixel one. Other notable features of this smartphone are: Snapdragon 617 processor paired with 2GB of RAM (16GB version) and 3GB of RAM (32GB version), fast battery charging, 2150mAh battery and microSD card slot. For those who are looking for a better camera smartphone, there is the Samsung Galaxy S6 Edge + and iPhone 6S Plus you can check out.

HTC One A9 India Price

The HTC One A9 is quite affordable and will cost around 26100 ₹ when it’s here. The HTC One A9 release date India has not been officially announced yet, but it’s expected sometimes in November, 2015.

Things we loved about the HTC One A9:

Price of the HTC One A9 in India, India

Most of the smartphones nowadays feature a 5.0-inch screen and the HTC One A9 is no different. The 5.0-inch AMOLED display will be

showing 1080p resolution and 441ppi of pixel density. While the display is a good one, the design is nothing unique. If you are familiar with the design of the latest iPhone 6S or iPhone 6, you will find the back side of the HTC One A9 quite familiar. One of the best part about this smartphone is, it will be running the upcoming Android Marshmallow 6.0 right out of the box. The latest HTC Sense 7 will be also included in the smartphone.

The smartphone is packing the Snapdragon 617 processor under the hood with octa-core CPU and 2GB of RAM. For such specs, it’s important to pack a better battery but that’s not the case with the HTC One A9. Powering up the smartphone is a 2150mAh Li-Ion battery which is expected to include the fast charging technology as well. However, this processor supports Quick Charge 3.0 which means you will be able to charge your smartphone in a very short time. If you want to experience the Android Marshmallow operating system as soon as possible, it will be a good idea to wait for the HTC One A9 release date India. However, if you are looking for smartphones with top notch specs, there is the Samsung Galaxy Note 5 or LG G4 you can try.

There are no surprises here in the camera section. The HTC One A9 is packing a 13-megapixel rear camera and a 4-megapixel front one. The rear camera includes optical image stabilization, LED flash and autofocus. For storing all your captured images or other stuff, you get 16GB of built-in storage. Other notable features of this smartphone includes: Wi-Fi, Bluetooth, GLONASS GPS and microSD card slot. If you are satisfied with the HTC One A9 price range, there are 6 different colors to look out for: Silver, Rose Gold, Acid Gold, Garnet, Grey and Iron. If you are looking for a smartphone with better design and camera, there is the Samsung Galaxy S6 Edge + you can check out.

HTC One A9 Release Date India

Nothing has been officially announced yet so the release date is still a mystery. The HTC One A9 release date India is expected sometimes in October or November, 2015. If you are satisfied with the HTC One A9 India price, you might have to wait for a while for this smartphone.

Things we loved about the HTC smartphone:

Description for HTC One A9

Specifications for HTC One A9

Ratings for HTC One A9