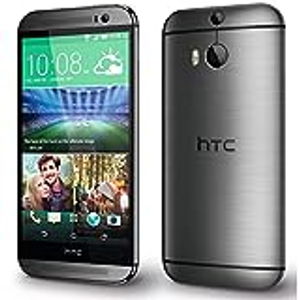 Write a review
Snapdeal
1-5 working days Payment Rupay, Visa, Maestro, NetBanking, COD, MasterCard, Amex, EMI Store info and policies▶
Out of stock
₹ 19011
depending on the item you purchased
< Previous / Next >
Back to list
< Previous / Next >

Review for HTC One M8 Eye

Rumors have been flying in the past weeks since the first speculations regarding the new HTC M8 Eye India release were announced. Although the phone has not been officially announced and there is no confirmed date on its release, the technology world is buzzing at the thought of a new and improved HTC One M8. And that is exactly what the Eye will be; a newly enhanced version of the HTC One M8. New details regarding the features and enhancements have been released and this latest information is really getting people talking. Not only are the newly speculated improvements exactly what everyone’s been hoping for, it really seems like HTC has listened to its users feedback and put it all in on this phone.

The most exciting and largest change on the new M8 Eye is the Duo Camera. This may have been the biggest fault in the One M8 as the camera was only a mere 4 MP, and that was the rear camera! That may be worse than most cameras front camera which really disappointed most users. On the new Eye, the camera will be upgraded to a 13 megapixel main sensor that will be comparable to the one used on the HTC Butterfly 2, which is another phone the Eye is being compared to due to the rumored metal body. It will be nice to see how the camera works compared to the Samsung Galaxy S5 once the device is out.

The new ultimate “selfie” phone will have special capabilities to take 3D pictures as well as apply various different effects. With new reports in the past week, it is believed HTC will be moving away from the UltraPixels and upgrading to more pixels to crease an ease of use in taking high quality photos in low light. Although we know the rear camera will feature a 13 MP camera, it is still unknown what size the front camera will be although there have been guesses that it will be 8 MP at the least.

Although we expect the main selling point on the M8 Eye in India to be the stellar camera, the other specs are quite impressive as well. The 5.2” FHD display will be 1920x1080 and run off a Qualcomm Snapdragon 801 SoC. Also based off of a recent Twitter tweet, it is confirmed the Eye will feature Android Kit Kat 4.4.4 as well as Sense 6.0. Yes, there is no set release date but it should be expected at least in the United States and Europe by the end of October!

Although One M8 fans may not be too happy about a superior phone being released only months after the release, it should thrill others who have not yet purchased the M8. With the release coming upon us quickly, more information should be released within the upcoming weeks to excite us even more but so far, fans are satisfied. The upgraded camera is a real plus as we all want to get rid of that bulky point-and-shoot and combine it into one easy to carry super device.

Description for HTC One M8 Eye

Specifications for HTC One M8 Eye