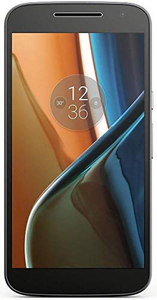 Be the first to review
Tata Cliq
1-7 business days Payment Visa, MasterCard, Amex Store info and policies▶
+1 option
Out of stock
₹ 11996
Shipping costs varies per product and delivery area
< Previous / Next >
Back to list
< Previous / Next >

Many people in India considering getting their first smartphone may not want to spend too much on a phone. They want something that is entry level and easy on the budget, and the Moto G fits that bill nicely. In fact, it does more than that. It takes the preconceptions of what budget means and turns it on its head. The phone is easily one of the top options for budget smartphones, and it does not skimp on the features as some might assume.

What Does the Phone Offer?

The phone has a nice 4.5” screen with 720p resolution, which ultimately offers a resolution that’s about the same as the more expensive iPhone 5S. The phone features a quad core processor, which helps to make the phone fast and operate smoothly. Thanks to the quad core processor, the phone’s apps tend to open very quickly as well, with most taking less than a second to snap open. The camera is 5 megapixels, which is not as large and robust as what some of the other smartphone cameras on the market have, but it can still take some very nice photos.

The battery performs fairly, and it should last on a single charge through a day of moderate usage. It does not have the power of some batteries in larger phones though. Still, unless someone is using the device all of the time, this should not matter too much at all.

The phone connects to the Internet easily and does not have the lag that many other budget models have, which is a huge benefit to the user. Most will readily agree that the Moto G is at the top of the list when it comes to cheap handsets that really deliver.

The phone fits easily into the hand, making it simple enough to operate with just one hand. The Moto G is a nice change of pace from some of the larger phones that have come out onto the market recently. Those larger phones seem to try to straddle a fine line between being a phone and being a tablet.

The best price for the Moto G in India is ₹ 11800 for the 8 GB model. The best price for the 16 GB model is ₹ 14400 . In addition to choosing the storage sizes, buyers in India will find that they have a wealth of options when it comes to the colors for the phone’s outer shell. Black and white shells are the two classic choices, but that’s just the beginning. Some of the other options include blue, violet, turquoise, and even bright red. No matter what color you like, chances are good you can probably find it.

Buyers who want to have a great phone that provides an entrance to smartphones without breaking the bank will love what the Moto G has to offer. The Android phone offers smooth and seamless operation, and it is simple enough to use that brand new smartphone users will not have a problem.